Latest News
Everything thats going on at Enfold is collected here

Hey there! We are Enfold and we make really beautiful and amazing stuff.
This can be used to describe what you do, how you do it, & who you do it for.

Ty stars in the independent feature, Window of Opportunity, coming soon to Video on Demand and limited theatrical release in LA and NYC. Ty re-visits on film a role he created on stage in the play version in 2006 which was well received. Both the play and the film was produced by rock legend John […] 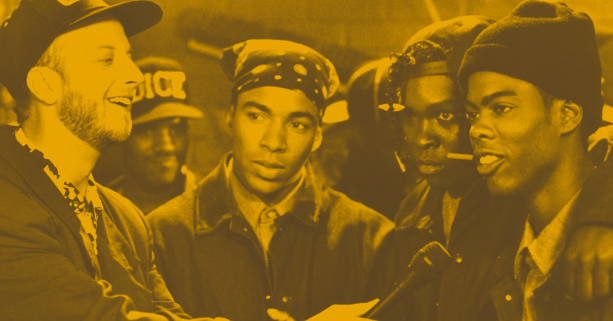 A footnote and ode to a film, cult classic— CB4 as it celebrates its 20th anniversary which Ty Granderson Jones co-starred in as the iconic 40 Dog along with Charlie Murphy as the iconic Gusto…co-created, co-written and starring the iconic genius Chris Rock. Click Article Link.

Ty stars in the #1 most watched webisode Jennifer on YouTube on the groundbreaking channel WIGS from noted directors/producers Jon Avnet and Rodrigo Garcia. Google funded 100 million dollars to develop original short films for YouTube and WIGS is the premiere. Ty’s character will be involved in the ongoing storyline starring with Dawnn Lewis and Dana Davis. Behind the Scenes

A dark, edgy character study co-written by Ty, which was shot on location in New Orleans also starring Ty, had its debut at Martha’s Vineyard African-American Film Festival 2010, and was screened at the Bronxville Film Festival in Chicago. “Napoleonic” NOW STREAMING on Opprime.tv – Subscribe and Watch!

This Interview/Conversation with the Great Hilliard Guess via his Notoriously, Brutally Honest Nationwide Hollywood Podcast "The Screenwriters Rant Room"‼ The Raw & Real of My OG Journey💪 Haters & Doubters 🙏 Past, Present and My Last Hurrah Hollywood Run‼ Thank you Hilliard for a Very...

When this happens, it's usually because the owner only shared it with a small group of people, changed who can see it or it's been deleted.